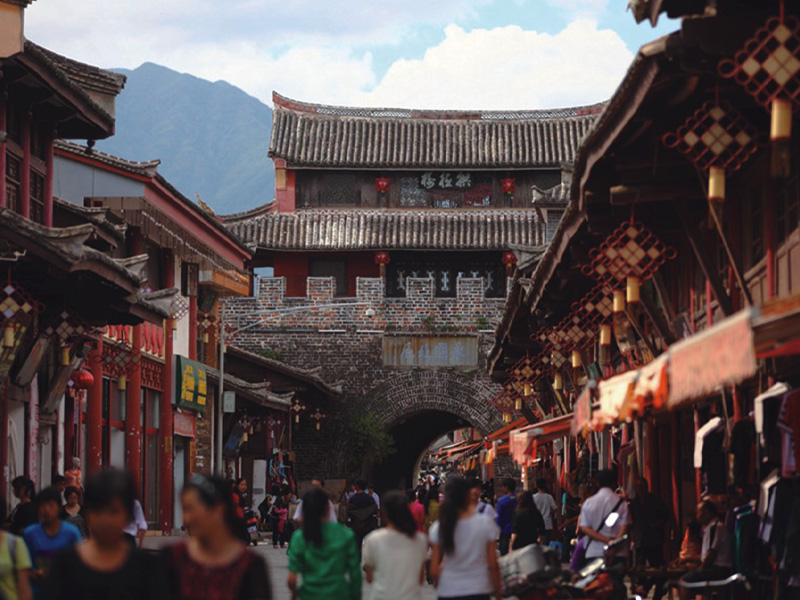 Also known as Gongji tower, it is the oldest building in Huili ancient city. It was built in the 31st year of Hongwu of the Ming Dynasty (1398)“ Below the word "arch pole", there is the word "YONGGU Beichen", which says that "for politics and morality, for example, Beichen lives in its place, and the stars arch it". The Beichen is the Polaris in the Analects of Confucius. The tower was built on the city gate. T began to be used as the drum tower, opposite the bell tower and performing their respective duties. Huili has been an important town connecting Sichuan and Yunnan since ancient times. The ancient city once had four towers and complete walls in the East, South, West and North. After many wars and demolition, it is regrettable that only the North Gate Tower and the walls nearly 100 meters on both sides are left. Today's city tower is the most popular teahouse in the local area. After dinner, take a walk on the wall of the Ming Dynasty, have a cup of tea, listen to the gradually calming sound of the city under the city tower, watch the sunset quietly sprinkle on the green mountains in the distance, and enjoy the leisurely and slow rhythm of the town.

The combination of "Gongji" and "YONGGU North City" means that the four sides return and the stars arch and protect. When a ruler carries out a virtuous government, he will be supported by the people. Therefore, there are two big characters in the north of YONGGU C: "emperor Wang". The saying of commemorating "emperor Wang" is controversial. Some people say it means "emperor capital in the north". Local officials are expressing their loyalty to the emperor. 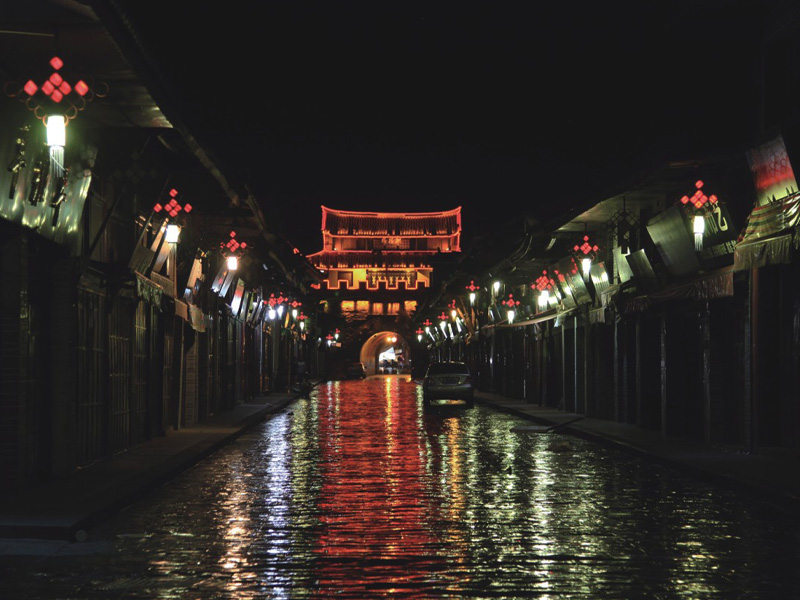 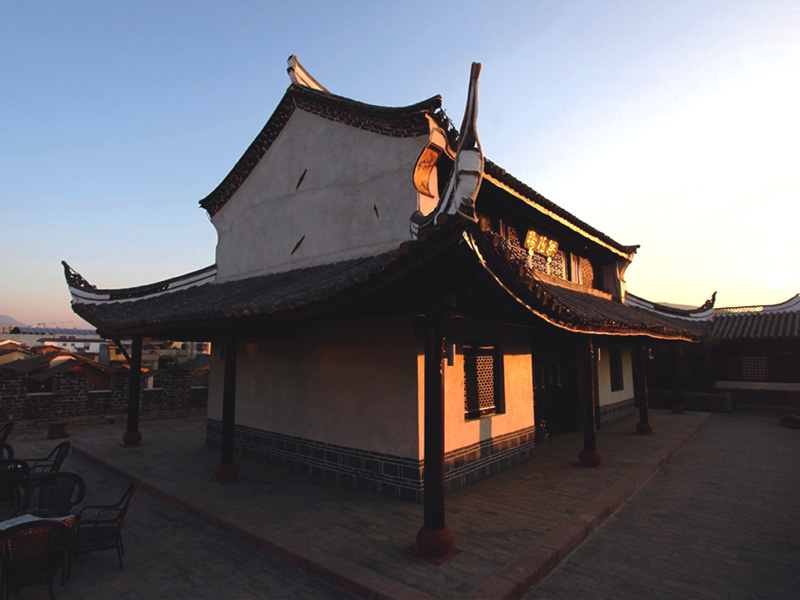 [the moon of Neo Confucianism]

Month Lu tiemu'er is a descendant of the royal family of the Yuan Dynasty. In the 15th year of Hongwu of the Ming Dynasty (1382), he was appointed as the commander of Jianchang Wei (now Xichang). In April of the 25th year of Hongwu (1392), Lu tiemu'er fought against the Ming Dynasty and punished and killed a large number of local officials under the slogan of "farmers do not pay rent and businesses do not pay taxes". Sichuan commanded Qu Neng to lead troops to levy. There was a fierce battle at the meeting, and almost the whole city was destroyed by the war. Later, the rebels were besieged in the camellia mountain for several months. Month lutimer was defeated and fled. Later, he was captured and beheaded. The local people respect Yuelu Timur as the king of Yuelu. The mountain stationed in that year was called Yuelu Mountain, and the camp built was Yuelu city. On Yuelu Mountain, there are still the ruins of ancient Yingpan. 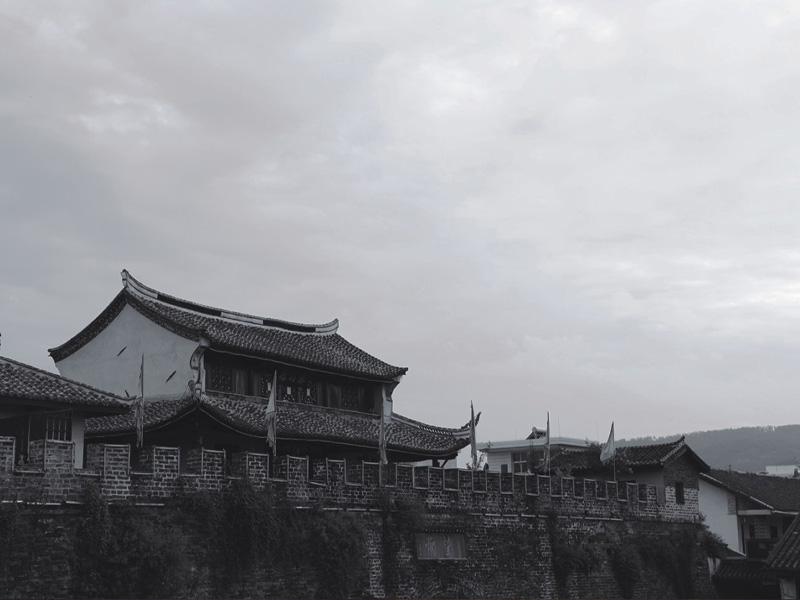 The North Gate Square under the city wall is a good place to integrate into local life. One night, I was waiting in the square when I met a local woman singing folk songs. At first, two or three people sat together, chatting with their parents. One of the women began to sing in a flat and clumsy tone. The lyrics were improvised and blurted out. After a while, some people gathered around. A man took over her song and the two sang to each other. Gradually getting stronger, you sing two sentences, I should say three... All want to be strong and hold down the momentum of each other. Even if you don't understand dialect, it doesn't affect your judgment of victory or defeat. The laughter of people will tell you who has lost. Here are folk songs. There are young boys leading the Yi dance. Girls and boys form a circle hand in hand and dance seemingly simple dance steps. Don't underestimate their movements. It's not easy to learn. Some of the people watching were thinking in the dark. When they almost understood it, they patted someone's hand, pulled it up and jumped together. People who don't know much are free to join. It doesn't matter to make a fool of themselves. No one will laugh. With the innocence and interest of music, people who know and don't know enjoy the joy and harmony brought by dance. The children here are not too addicted to video games. After school, I often see four or five boys squatting together, squeezing their heads and turning over their own pieces of paper on the ground. The girls formed seven or eight small squares and danced one dollar and fifty cents a rubber band, tirelessly again and again. Their childhood is as simple and simple as ours, but they have real happiness. 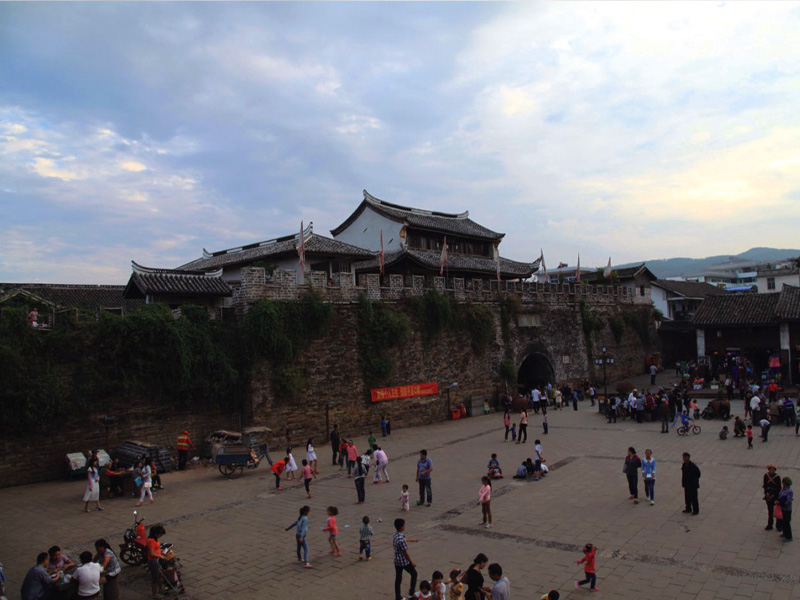 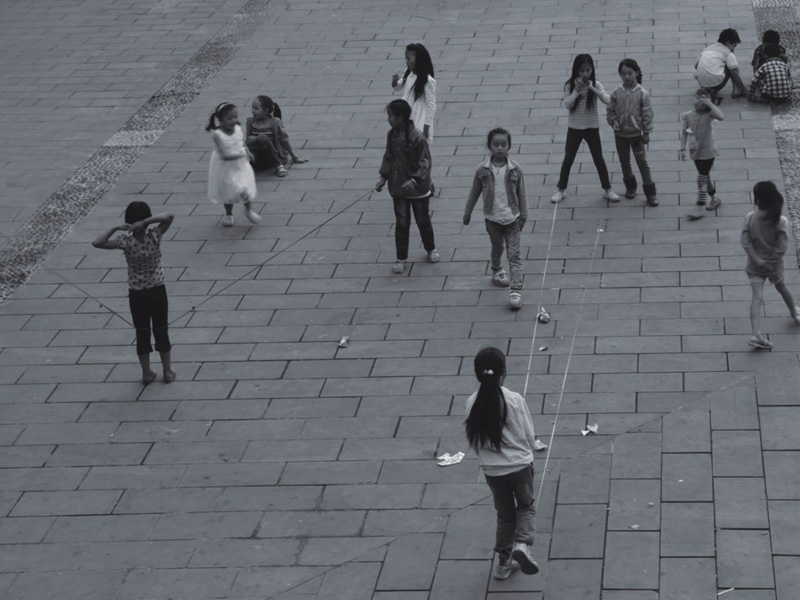