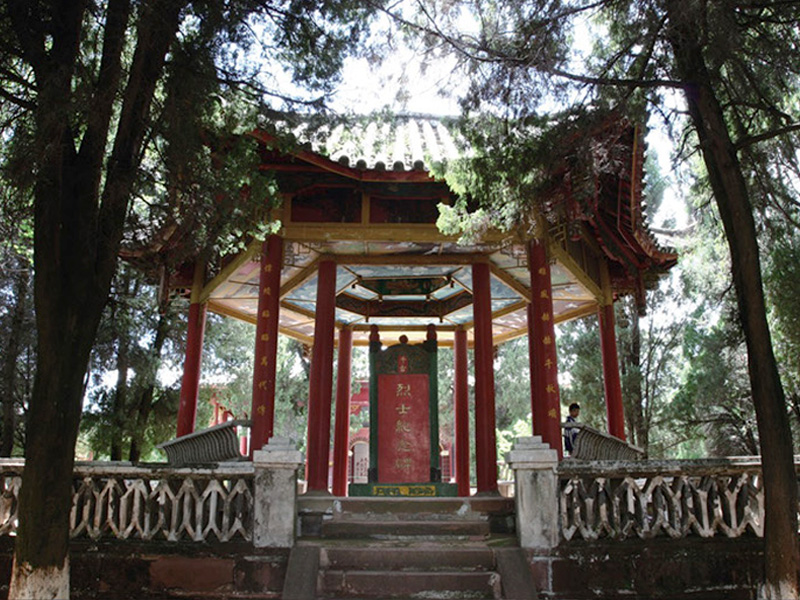 The martyr cemetery is on the western mountain in the western suburb, only a few minutes' walk from cangsheng palace. Along the mountain, the road is in the forest. Birds sing all the way. The mountain is quiet and the air is very good. It is very suitable for running. This is not so much a solemn cemetery as a quiet park. It is also a place where many young people play with their friends. The cemetery was built on the top of the mountain, which was originally a conversion temple. In 1951, in order to commemorate the martyrs who died in the fight against bandits in Huili, Ningnan and Yanbian counties, it was transformed into a martyr cemetery. Under the shadow of towering ancient trees, the gate of Sanping memorial archway looks quite solemn and solemn. On both sides of the gate are Mao Zedong's poems, and the horizontal inscription is Zhu De's handwriting "great vitality". Walking into the cemetery, you can look at the martyr memorial Pavilion, and then visit the memorial hall and the Museum of modern Chinese revolutionary history. The most worth seeing part of the museum is the revolutionary historical sites related to the meeting. You can take some time to learn more about them. At the bottom is the martyrs' tombs, where the loyal bones of nearly 100 martyrs are placed. Among them, there are PLA officers and soldiers who died in the battle of the liberation of Huili, Huili soldiers who died in the self-defense counterattack against Vietnam, and other martyrs who died in the revolution and construction of Huili. They can stand quietly for a moment to express their feelings and respect for them. 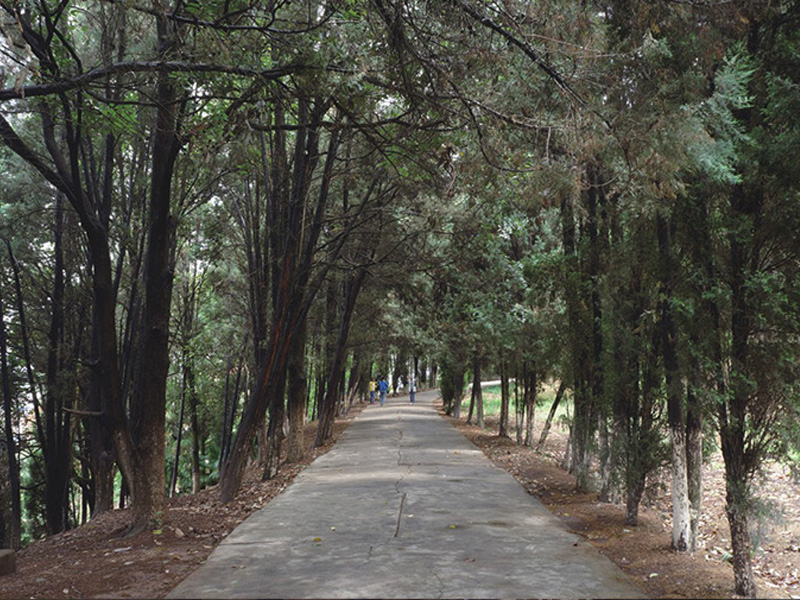