To understand the red culture of Huili, this memorial can't be missed. It not only has some historical facts of the Red Army, but also makes a detailed and excellent display of the whole process of the Red Army's Long March. Unfortunately, it is not open all day. If you find that the door is locked, you can go to the cultural relics Institute nearby and ask the staff to open the door. Take an hour and read it carefully from beginning to end. You can not only have a deeper understanding of the history of the Red Army's Long March, but also help you decide which red scenic spots are worth going to. Huili cultural relics management office and the long march memorial hall are in the same courtyard. The cultural relics in the collection are being sorted out internally and will not be opened to the outside world for the time being. It is said that there are nearly 100 calligraphy and painting works of famous masters of all dynasties, including Zhang Daqian's landscape banners. After watching the memorial hall of the Red Army's Long March World Association, you can take a car to the green square near Jiudong bridge in the north of the city to pay a visit to the monument of the Red Army's Long March passing through the association. The monument is 12.6 meters high and quite magnificent. It is a landmark building of the association's red culture. 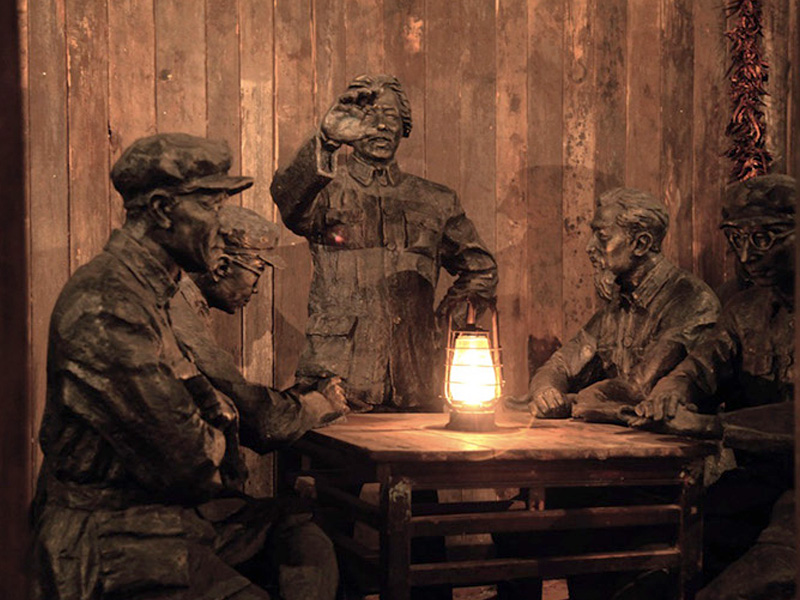 On May 3, 1935, Liu Bocheng personally led the red army cadre regiment to Shaoshan for 180 kilometers and arrived at jiaopingdu that night. Fortunately, I found a broken ship, repaired it a little, crossed the Jinsha River quietly at night, annihilated the defenders and controlled the ferry. In order to ensure the safe crossing of the river, Chen Du led the cadre regiment to fight bravely and win two wars and two victories in lion mountain and umbrella Liangzi on May 4, defeated the garrison of Sichuan warlord Liu Yuantang and occupied and forced an. From the evening of May 3 to May 9, more than 30 local boatmans worked hard to ferry, and seven wooden boats died in six days and seven nights. More than 30000 people of the main force of the Red Army crossed the Jinsha river safely without losing one person. Since then, they entered Sichuan from Yunnan and got rid of the encirclement and interception of hundreds of thousands of Kuomintang troops. The red army arrived near Huili County. On May 12, in Tiechang village, Laojie Township, the Political Bureau of the Central Committee held an expanded meeting, which consolidated the achievements of the Zunyi Meeting and ensured the correct leadership of the Central Committee represented by Mao Zedong. It is of great significance, which is known as the "Huili meeting" in history. At the same time of the meeting, the third red army launched an attack on the defenders of Huili County. Because the wall of Huili ancient city was too strong, it was still unable to conquer after three days of fighting. Because the goal of the Red Army's strategic rest has been achieved, the Central Military Commission decided to give up meeting management and continue to go north to meet with the red Fourth Front Army. The Red Army spent a total of 15 years in Huili, covering most villages and towns in the county. About 5000 people in Huili joined the Red Army's Long March and contributed to China's revolutionary cause.