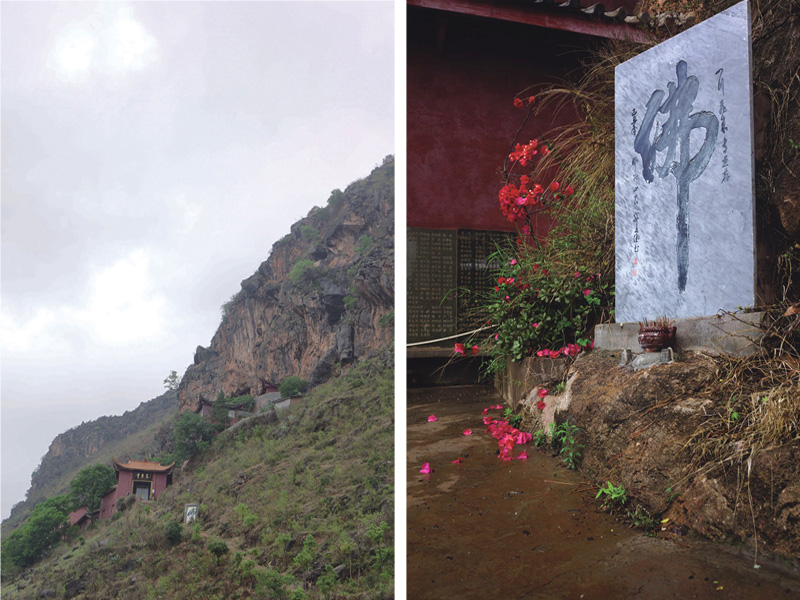 Feilai temple is located in Yangmu village, Chengnan office in the western suburb of the county. It is divided into shangfeilai temple and xiafeilai temple. It is worth visiting shangfeilai temple. The temple building is built according to the "hanging" of the mountain. A path leads to the mountain gate, and there are stone tables and stone benches on the way for people to rest. Feilai temple is a small-scale Han Buddhist temple in outer Park and inner China. You can visit it in half an hour. It's very pleasant to stand high and overlook the scenery of the valley. The incense of Feilai temple has always been very prosperous. First, Huili people are deeply influenced by Buddhism, which is proved by the merit steles everywhere on the mountain road; Second, the "Shi Guanyin" of Feilai temple is said to be very effective. when

On February 19, June 19 and September 19 of the lunar calendar, people who came to burn incense and pray filled the mountain path. Feilai temple was first built during the Hongwu Period of the Ming Dynasty. At first, it worshipped a huge stone shaped like Guanyin on the cliff. Later, a big monk surnamed fan vowed to build the temple. After decades of accumulation, the construction was completed. The temple was originally a civil structure, fixed on the rock wall with iron cables. No matter how difficult the temple was built after the cultural revolution, it is not as difficult as it is now.

Feilai temple is about 5km away from the county seat and 40 yuan for a taxi. If you have good physical strength, you can also go on foot. You can go out of the city from Huili middle school and enjoy rural scenery all the way. You can reach it on foot for about an hour.